A New World of Pokemon

The world of Pokemon TCG Online has new discoveries fairly regularly and we’ve recently discovered V-Union Pokemon! I’ve personally played or collected cards during all of the other new types of cards that have come out, ex Pokemon, GX Pokemon, Pokemon Prime, delta species, and here we are with the next new thing! I’ve actually thought about these new cards long and hard so this article will let you know my thoughts as a professional player. That being said, let’s jump into it!

What are V Union Pokemon?

V-Union Pokemon are three Prize Card Pokemon, are neither Basic Pokemon or Evolution Pokemon, and are worth three Prize Cards. Each V-Union Pokemon is made up of four different cards, a top left piece, a top right piece, a bottom left piece, and a bottom right piece. All of these Pokemon can be formed together by having all four pieces in your Discard Pile and playing it to your Bench. All V-Union Pokemon have the same name which means you can only ever play one of each piece if you want to actually summon it. Additionally, you can only summon one of each V-Union Pokemon per game which means you can re-summon Greninja V-Union if it ever gets Knocked Out, but you can summon both Greninja V-Union and Zacian V-Union in the same game. Many players compare these to the Pokemon Legends that have existed in previous sets, but those required only two Pokemon to summon instead of four.

After I read through all of the announcements, I found these cards to be relatively meh! I like the mechanic of discarding cards, but like most people, I never factored them having the same name. This means each game you have an approximately 30% chance to Prize a single V-Union piece and that means you can’t summon it. I hate to look at the world negatively, but it’s much easier to look at these types of odds when it comes to being on your deathbed at the hospital. If a doctor told me I had a 30% chance of dying, I would be completely spooked. Same thing, as a professional Pokemon player, I’m terrified of not being able to get my strategy set up for each game. That means one in every three games you will have to have a side strategy to eventually draw your V-Union piece, find a way to get them in the Discard Pile and make it happen. It’s also more difficult to discard cards than most people think so it might be an issue to summon these V-Union cards in Standard. Expanded is a different story with cards, like Ultra Ball (Sun and Moon) or Battle Compressor (Phantom Forces), but they might not be overpowered in a format with literally everything. The few V-Union Pokemon that they’ve showcased so far seem decent enough, but like most other new mechanics, the first ones to be released are more of an intro to V-Union Pokemon instead of being “broken”.

Ideas to Think About

While I’m not sold on the V-Union mechanic yet, due to the need to run four individual “one-ofs”, I do have some ideas that might work. If we ever get a Ditto-like card that can replace a V-Union piece or a way to nab V-Union pieces out of our Prize Cards, these ideas might be more successful! Here are a few places to start your decklist brainstorms: 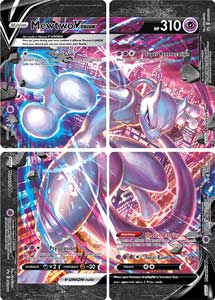 This Pokemon has a decent spread of attacks but doesn’t necessarily have synergy with other Pokemon. I could see this being a decent tech in Shadow Rider Calyrex VMAX (Chilling Reign) decks because you can use Underworld Door to Pokemon up Mewtwo V-Union. That would allow you to have versatility in your attacking options and have an answer against Pokemon like Zamazenta V (Sword and Shield). 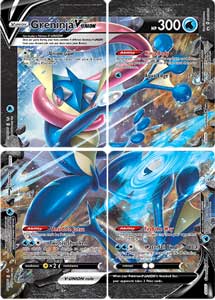 Greninja V-Union seems like it would pair nicely with a Drizzile (Sword and Shield) engine and you can always toss in a few Inteleon (Chilling Reign) to increase your damage output. I like the synergy between Shady Dealings and Probing to decide when you should play Marnie, Boss’s Orders (Rebel Clash), or any other important cards. It isn’t the craziest combination in the game, but this V-Union should be able to hold its own for the most part. 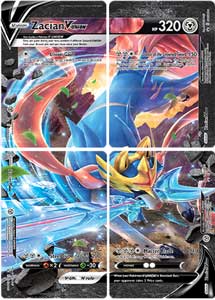 Similar to Mewtwo V-Union, Zacian V-Union seems like it will work well on its own. I could see this working with Zacian V (Sword and Shield) and Metal Saucer (Sword and Shield) to have a bunch of different attackers that can hit for a decent bit of damage. If you ever needed to wall for a turn, Wise King’s Dance seems like a decent option. Hitting for 340 damage with Master Blade seems massive against opposing V-Union Pokemon and VMAX Pokemon so I could see that being huge in the metagame at some point. Overall, Zacian V-Union seems powerful!

Immediately Pikachu V-Union seems like the best V-Union coming out because of its Disconnect attack. Being able to block Item cards from being used from your opponent and smacking for 150 damage seems huge. I could see this being played with Electrode (Vivid Voltage) to power up your Pikachu V-Union, Path to the Peak (Chilling Reign) to stop your opponent from using Abilities, and Marnie (Sword and Shield) to disrupt their hand. Combinations like this typically do well and it seems great on a V-Union Pokemon!

I hope this article has helped you learn more about the new V-Union mechanics and my thoughts on what we’ve seen so far! Personally, I’m just happy to be part of your Pokemon TCG Live journey! I look forward to going more in-depth about various aspects of our game and I invite you to read those future articles too! Pokemon TCG and PTCGO are such wonderful games, we have an amazing community, and places like are great!
Next Post 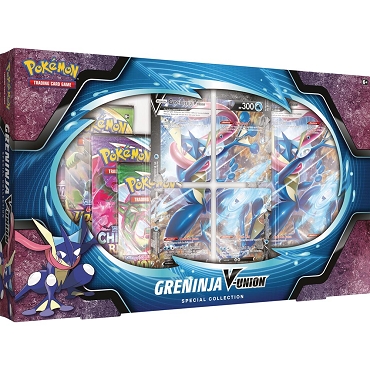 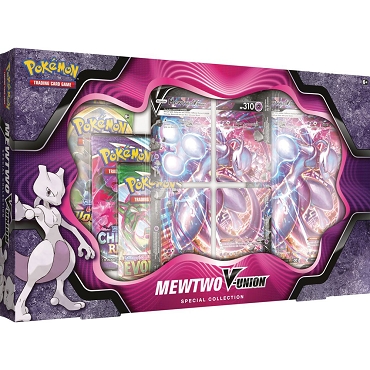 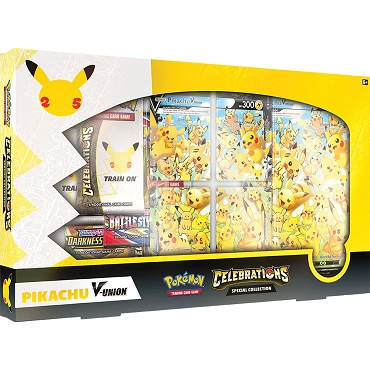 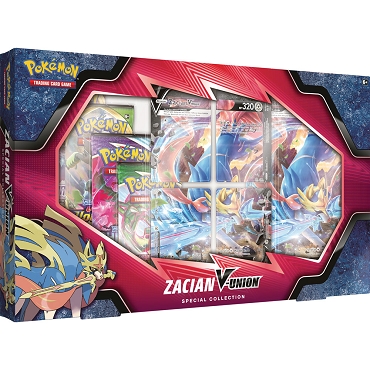